Home Blog What is equine therapy?

What is equine therapy? 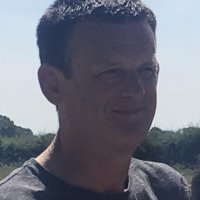 Equine therapy was originally dismissed as ‘American garbage’ by Delamere’s clinical director Mike Delaney, who later went on to become one of the UK’s leading Equine Assisted Psychotherapy practitioners.

After just one session witnessing and feeling the impact interaction with horses had on people in recovery, Mike was convinced and he’s long since started passionately recommending the treatment. He has now worked with hundreds of people using equine assisted psychotherapy techniques and their responses continue to astound him.

Equine therapy – or equine facilitated psychotherapy – involves a therapist working with a client whilst the client engages with and builds up a relationship with a horse or horses. It does not involve riding and is more likely to include stroking, grooming and interacting with a free roaming horse in a field, perhaps working up to a point where an animal will accept guidance to follow a certain path or undertake a simple obstacle course in accordance with the trust built.

Ex pro footballer Matt Piper had equine therapy during his treatment and recovery from depression and alcoholism. The former Leicester and Sunderland winger told the BBC he originally thought it was an awful idea and didn’t know how interacting with a horse would stop him drinking, but it was the act of looking after another creature that helped his depression to lift.

When depression, and the mental health problems that sit at the base of many addictions, are addressed, the alcoholism or substance misuse can then be tackled more efficiently – the desire to self medicate or escape retracts. Treating an addiction means, first and foremost, treating and healing a person.

Why is equine therapy effective?

It’s not unusual for people to be sceptical about the idea of equine therapy – until they have experienced it.

Taking away the pressure of verbal communication and need to interact with other people shifts the focus of a client and is often freeing and therapeutic even for those who have no prior experience with horses. People can find themselves overcome by emotion without really knowing why, releasing feelings that they’ve tried to keep inside or feeling suddenly able to think about things they’ve been scared to confront.

People with addiction issues are likely to feel traumatised by the experience of addiction as well as, often, by other experiences and events that have contributed to the addiction forming in the first place. They may have seen relationships break down and have become isolated, insular, depressed and anxious, perhaps aggressive, abrasive and defensive.

Interacting with a horse helps people to relearn or establish the same sorts of skills used to interact with people and see how the way they project themselves affects how others respond.

Mike has said: “In a group session you can tell someone until you are blue in the face – you are really angry and you are scaring other people, but because everybody in the group is frightened they are smiling at them. Bring them into a field and all the horses run to the other end. You can say to them ‘look at the message you’re sending. The horses won’t come near you because they are frightened.’”

Speaking in a video made for LEAP, a charity providing equine therapy training, Mike added: “When we first meet a client they’ve got masks and barriers and don’t want to engage with normal mainstream services.

“Put them in a situation with a horse and there’s a real desire to build a relationship with that horse that’s immediate. We don’t need to push that, most people want that horse to come to them and bond.

“In order to do that they have to release some of the stuff they’ve got held in because horses respond to a kind of clear energy. When blocked up with negative feelings and negative behaviours the horse doesn’t respond well to that.

“The clients start to change in order to get the response they want. They very quickly, without us telling them, take some of the stuff they’ve learned about relationships and the impact of their behaviour and energy and they start to take that home to their family and to their workplace or college in order to change relationships outside. They realise how they behave and how they act and the energy they give off creates a lot of their problems.”

In the video, Dr Kim Brown, who has closely researched equine therapy, notes its ability to engage people who are very difficult to reach or have become extremely disengaged. She notes the non judgemental feedback and unconditional positive regard offered by horses are attributes sought in high quality therapists.

Why does equine therapy work?

One woman who Mike worked with, who had faced drug addiction issues since childhood, described how she had always felt safer with animals than people, but found equine therapy tough to begin with when the horses were wary of her and did not want to follow her guidance. She realised how quickly she got upset and gave up if things didn’t go her way. She won over the horses in the end and made a breakthrough in herself too.

For a soldier with post traumatic stress disorder, time spent with the horses saw deeply buried emotions and thoughts inexplicably rise to the surface and release in a fit of uncontrollable sobbing. By the end of the first session he felt a sense of hope that he could move forward. He described the experience as life changing.

Though to some equine therapy still seems novel, it has actually been practised now for many years and the wisdom on which it is based is historic.

As the famous Winston Churchill quote goes: “There’s something about the outside of a horse that is good for the inside of a man.”

Equine therapy is most effective when combined with other somatic and cognitive treatments to address the needs of the whole person to heal body and mind and develop effective lifelong strategies for recovery and growth beyond addiction. It is just one of the tools used within the personally tailored treatment packages offered at Delamere.

What happens in rehab?

How to deal with and overcome addiction