Alcohol Awareness Week: Why It’s More Important Than Ever 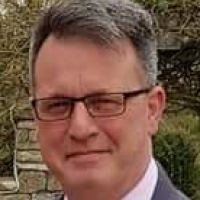 “I was drinking a couple of bottles of whiskey a week, having a few glasses every night.” David, 50.

“Every evening I’d drink a bottle of wine while I watched TV, it was the only way I could unwind and sleep,” Kelly, 42.

“I started downing a vodka before I opened the wine just to take the edge off. Then I could enjoy the wine more and felt I needed to drink less of it,” Greg, 55.

All of the above are comments we’ve heard from people who went on to cut alcohol out of their lives either because they were worried they were going to do themselves harm through drinking or because it became evident they were.

While Greg’s comment, above, leaves less space for ambiguity over whether he had likely reached a point where his drinking was at a dependent level, David and Kelly were right to be worried too.

They too were drinking at a point that puts them at high risk of harm and, worryingly, we can probably all see a bit of someone we know in them or even a little of ourselves.

The changing nature of the UK’s drinking habits

As recently as the 1990s, most of the drinking done in the UK was beer, drunk in pubs, by men, but now most alcohol is consumed as wine at home, according to public health specialist Prof Alan Maryon-Davis.

Drinking today is such a normalised and routine part of our lives that problems can grow, take hold and be hidden with incredible ease. The signs and symptoms of alcoholism are not always clear cut because alcohol and drinking is so socially acceptable to us.

Alcohol is something we grow up with and is especially a part of the fabric of life for the affluent. The more money people earn, the more likely they are to drink, an Office for National Statistics ‘Adult drinking habits in Great Britain’ report found. About 80% of people who earn over £40,000 drink alcohol, compared to 47% of those who earn less than £10,000.

Alcohol Change UK’s Alcohol Awareness Week 2019, which runs November 11 to November 17, is all about encouraging the conversation around drinking, recognising unhealthy patterns of drinking, the impact it has on us and breaking down the shame and stigma in relation to alcohol problems. It’s a message we couldn’t be more on board with.

In England alone, less than 20% of dependent drinkers are estimated to be receiving treatment and that is exacerbated by the shame they feel – the unwillingness to accept they have an alcohol problem, the desire not to be someone in treatment and also the fear that they can’t ever get well.

There’s still an ongoing sense in society of ‘once an alcoholic, always an alcoholic,’ as if problematic drinking will always plague and define someone once they’ve accepted the issue. This isn’t true.

We know it personally. Our team has many people who have grown beyond alcoholism and addiction and put their lives back on track. Evidence shows it too.

As Prof Maryon-Davis continued, in a piece for Alcohol Change UK: “Research shows that the majority of dependent drinkers recover, that heavy drinkers can make new choices, and that the social and cultural environment in which people drink can and does change. Change is possible for individuals, and it is possible for society.”

Alcohol awareness in the workplace

Last year, Royal Mail put on a number of events for staff during Alcohol Awareness Week and advertised confidential help for staff concerned about their own alcohol use or that of others. It’s a great example of a business realising the role it can play it opening the door to support for staff.

Our advisory board member Prof Sir Cary Cooper, a global workplace wellness expert, has spoken about the importance and potential benefits of this kind of action by employers.

With alcohol abuse being a potential manifestation of stress and 57% of all workplace sickness absence now down to stress, anxiety and depression – employers need to be alert to the signs of addiction and ready to support staff if they need help. This isn’t just about a duty of care, but also makes financial sense. Retaining good staff and attracting good staff due to positive culture and wellness policies affects the bottom line.

As Prof Sir Cary, who will be running an event around this at Delemere soon, has said: “All employers should have a support system for their employees who are having difficulty coping, either with work related issues or personal issues. That’s good for several different reasons. You don’t lose them and the rest of the staff see this is a place that is going to look after me. It’s about talent retention and talent attraction. You won’t attract people if you’ve got a reputation of burning them out and spitting them out.”

We urge all employers to embrace Alcohol Awareness Week 2019. One of every 100 people is alcohol dependent, Public Health England statistics indicate, and that means we all likely know or work with someone who is.

Alcohol Awareness Week is a chance to start the conversation and let people know that if they need help they’re not alone, they have support and they don’t need to be ashamed. Alcohol dependency is not a way of life they are choosing, it is something they have become afflicted by and, with the right help, they can rebuild and move on from in to a brighter, happier future.

If David, Kelly and Greg can move on from harmful alcohol consumption, you, your loved one or colleague can too.

A timeline of what happens when you quit drinking for good

How safe and effective is rehab?