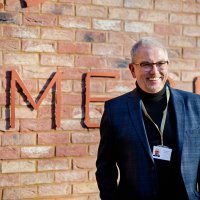 While enjoying a casual alcoholic beverage on the weekend is unlikely to cause any harm to your health, drinking in excess can have a substantial negative effect on your body and mental well-being. In fact, in 2020, excessive alcohol use led to 8,974 deaths in the UK alone, an 18.6% increase from 2019, which is the highest year-on-year increase to date.

But despite the implications alcohol can have, binge drinking is an accepted part of the culture in many parts on the world. In a 2017 survey it was found that a whopping 27% of people in Britain were considered a binge drinker.

We wanted to explore which cities across the UK and around the world are at risk of dangerous drinking levels and have an alarming binge drinking culture. To do this, we have analysed factors such as the number of bars per city, alcohol dependency rates, the number of off licences, alcohol death rates, and many more.

Drinking Culture Mapped Across The UK

Coming in at the top of the list was London, with an overall score of 0/80 – highlighting the worst possible drinking culture in the UK. This could be due to the fact that there are a staggering 1,068 clubs and bars in London, as well as an excessive 52 alcohol tours.

Alcohol dependency, was worryingly impacting 92,615 people in London, contributing to 26,580 hospital admissions between 2019-2020.

In second place was Leeds, with an overall ranking of 11/80. Their bottomless drinks score was 0.8/10, with 60 recorded locations and events offering free-flowing booze. 3,310 hospital admissions were documented between 2019-2020, which is alarmingly high compared to their relatively small population of 792,525 people. Finally, there were 9,954 recorded alcohol dependency cases between 2018-2019.

Bristol came in third place for binge drinking culture. A score of 16.6/80 was rewarded, thanks to the city’s 2,600 recorded hospital admissions. As well as this, there were 7,164 alcohol dependency reports noted between 2018-2019, along with 37 alcohol delivery services for a relatively small population of 467,099 people. Renowned for being a city with a great nightlife, these scores are unsurprising.

Martin Preston, Founder and Chief Executive at Delamere, shared his insight on why binge drinking rates are so high in the UK:

“The coronavirus pandemic caused an alarming spike in binge drinking levels across the UK, the isolation caused many people to turn to drinking high levels of alcohol at home.

Drinking at home, rather than at a pub, removes the need to wait between drinks and also the worry around spending too much money. For example, the average bottle of wine in the UK costs around £6, which is what some glasses of the same wine can cost in pubs and bars.

The endless hours spent at home during the lockdowns meant that 18.1% of people were drinking at a high-risk level. While one in four (22%) of adults had increased their alohol consumption, causing 10% of people to worry about the strain of alcohol on their health.

As well as this, our research found that the top three cities with the highest binge drinking problems had a large number of drinks delivery services, so the need to leave the house to buy alcohol was eliminated.

Each of the top three cities also had a frightening number of off licences, with London having 155, Leeds with 38 and Bristol with 34. With so many options to choose from, and with many of them guaranteed to be 24-hour, the level of temptation is destined to be high.”

Another interesting aspect to explore is how extreme the binge drinking culture is throughout Europe. Rating each European country out of 70, we were able to determine how impacted every location was, while taking into consideration elements such as alcohol deaths per 100,000 people, per capita alcohol consumption, the number of bars and clubs and alcohol tours.

First up on the list with the most worrying binge drinking culture was Germany, which came out with a score of 15.8/70. Packed with party cities such as Berlin, Hamburg and Munich attracting tourists from all over the world, it is not astonishing that the levels of binge drinkers are concerningly high.

96 recorded alcohol tours, and 3,671 bars and clubs are destined to encourage unruly levels of drinking. Despite being one of the most populated countries in the EU, Germany still had a distrubingly high number of alcohol-related deaths, with 4.32 per 100,000 people.

In second place was France, with an overall score of 16.2/70. The country had a whopping 5,400 online searches for the word ‘alcohol’, highlighting a strong demand for the substance.

France has a total of 760 recorded alcohol tours – which is bound to promote the desire to binge drink. 3.29 death rates related to alcohol, per 100,000 people, is also a cause for concern.

Finally, up third was the UK, with an overall ranking of 17.7/70. Startlingly, the UK had by far the most searches for ‘alcohol’, with 40,500 – highlighting a very high number of Brits worried about their alcohol consumption, or looking to purchase more of it.

The UK also has the most bars in the EU, with 11,427. Despite this, the UK had a relatively low ranking when it came to alcohol-related deaths, with 1.76 per 100,000 people, which was fairly reasonable compared to their other very poor ratings.

European Countries With The Highest Rate of Alcoholism

Lastly, we analysed the different EU countries with the highest numbers when it came to alcohol dependency – and the results made for interesting read. In first place was Hungary, with 21.20% of the population suffering with alcoholism.

In 2014, it was revealed that Hungary had an alcohol consumption rate that was twice the amount of any other European country, while a 2020 Hungarian study highlighted that much of the alcoholism issue was due to elderly addicts, rather than the young. 30,000 people in Hungary die annually from alcohol abuse, shining a spotlight on a serious issue with the substance.

Second was Belarus, with 18.80% of the population suffering from alcohol addiction. Belarus had one of the highest number of alcohol-related deaths, with 19.82 fatalities per 100,000 people.

Finally, in third place was Latvia, with 15.50% suffering from alcoholism. It was revealed that Latvia has an increasing problem when it comes to alcoholism, with one article highlighting that one Latvian resident admitted to consuming ‘12.9 litres’ of alcohol in a year.

Tips on How to Combat Binge Drinking

With excessive consumption of alcohol on the rise throughout the EU, there has never been a better time to focus on tackling the issue head-on Founder and Chief Executive Martin Preston, shared his thoughts on how to combat binge drinking habits:

“One of the most helpful things to do when it comes to binge drinking is to share your issue. This allows you to slightly alleviate the pressure on your shoulders – even if it is by a small amount. It could also be useful to have a support system, and somebody that you can call in your darkest hours, that can talk you off the ledge when you feel helpless.

“Another tried and tested method is to join an AA (Alcoholics Anonymous) in order to share your story around people experiencing similar issues. A group would also offer different techniques to combat your binge drinking urges, that you could apply to your everyday life.

“If you feel you are unable to totally stop drinking, a good first step could be to limit the amount that you drink, and only do so with supervision. Drinking a lot of water between alcoholic drinks would also help to fill your stomach, which could lessen your desire to reach for a stimulant.

Similarly to this, it could be wise to switch to lower-strength beverages, in order to slow down the effects of alcohol – making the occasion about enjoying yourself, rather than feeling intoxicated.”

Drinking culture mapped across the UK – Taking a seed list of the most popular cities in the UK, we have uncovered which are at risk of dangerous drinking culture, by analysing;

Drinking culture mapped across Europe – Taking a seed list of the most popular countries in Europe, we have uncovered which are at risk of dangerous drinking culture, by analysing;

About the author: Mike Delaney