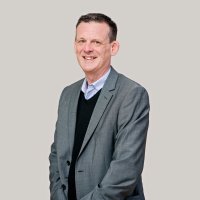 We want to shine a light on the need for continued investment in drug and alcohol addiction treatment and prevention.

With the financial difficulties created by COVID-19 public services budgets will be under even more pressure than before, but drug and alcohol treatment cannot fall down the priority list.

The job insecurity, stress and anxiety of lockdown, may well have intensified drug and alcohol issues for many people and help is needed now more than ever.

Due to it being one of the closest cities to Delamere, an area of acute addiction issues, as well as being home to our founder Martin Preston, we have carried out some specific research into the current drug and alcohol issues facing Manchester.

Martin said: “It’s easy for addiction treatment investment to be quietly cut because compassion for those addicted to drink and drugs remains low.

“It’s still a prevalent belief in society that people facing addiction issues are responsible for their own downfall and not as deserving of help as people facing other health issues.

“Many people also see addiction as something that only affects ‘other’ people. In reality, addiction affects everyone.”

The rate of alcohol related deaths in Manchester is 57.8 alcohol per 100,000 population, according to Public Health England. The national average rate is 46.5.

Between March 1 and April 17 2020 there were 36.2 deaths involving COVID-19 per 100,000 population in England and Wales, according to the Office for National Statistics.

All of Greater Manchester’s regions face their own drug and alcohol challenges. Our review of Public Health England and NHS Digital figures shows the big issues facing each region.

Struggling with addiction? Talk to us today

In Manchester, 799 years of life per 100,000 population due to alcohol related conditions in 2018 (the most recent annual count).

In Oldham, 900 years of life were lost to alcohol related conditions in 2018. That’s the 15th highest level in the country and fifth highest in the North West.

A total of 890 years of life were lost in Rochdale to alcohol related conditions in 2018.

In Salford, 739 years of life were lost to alcohol related conditions in 2018.

In Stockport there were:

In Stockport, a total of 675 years of life were lost in Stockport to alcohol related conditions.

A total of 875 years of life were lost in Tameside to alcohol related conditions in 2018.

In Trafford, 584 years of life were lost to alcohol related conditions in 2018.

1,109 years of life lost to alcohol related conditions in Wigan

In Wigan, 1,109 years of life were lost per 100,000 population due to alcohol related conditions in 2018. That’s the highest number of the entire North West barring Blackpool. And the fifth highest in all of the country.

Martin said: “With The Greater Manchester Drug and Alcohol Strategy there have been big pushes to improve things and that must continue, even now there is bigger pressure on budgets than ever. The long term costs of not providing the right support are far greater than the price of early and appropriately intensive help and intervention.”

Delamere’s report states that Manchester was also recently identified as one of major hubs for county lines drugs gangs, in a national study by Professor Dame Carol Black.

The same study, published in February just before the national COVID-19 lockdown began,  concluded that the entire country is already suffering under-investment in addiction treatment services.

Dame Carol Black said: “The total cost to society of illegal drugs is around £20 billion per year, but only £600 million is spent on treatment and prevention. So the amount of unmet need is growing, some treatment services are disappearing, and the treatment workforce is declining in number and quality.”

She said more funding for treatment services was vital.

Publicly funded residential rehab is in particularly short supply with priority generally given to those people with heroin and opiate issues.

* This blog post is based on the most up-to-date published figures as at May 2020.

How Long Does Ketamine Stay In Your System

How to deal with relapse in recovery?

Most common reasons & triggers for relapsing