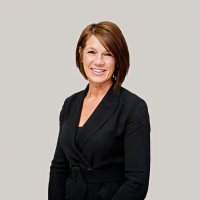 During the coronavirus pandemic there has been a surge in people turning to the internet and street dealers for prescription drugs to treat anxiety and insomnia.

Some of the illicit prescription drugs are of extremely high strength and toxicity, leading to a number of hospitalisations and even deaths.

The drugs causing the most concern are being sold as benzodiazepines, including counterfeit Xanax and diazepam. The legitimate form of these medicines are commonly prescribed controlled drugs for the short term treatment of acute cases of anxiety and sleep related disorders.

The source of these medications is currently not clear as investigations are still underway to trace where they are coming from.

Since PHE issued the alert, further cases have been found of people taking these pills, showing that they are still very much in circulation around the country.

The tablets of concern come in various colours but the most problematic and dangerous ones in England have been identified as blue.

PHE has advised healthcare providers that some fake benzodiazepines may be marked with brands known as DAN 5620, T-20, TEM 20, Bensedin and MSJ. The food colouring used to colour these pills may also leave their mark in users’ mouths. (1)

Fake Benzos can lead to hospital admissions and death

In the past four months, toxicology reports have linked these fake benzodiazepines to at least 12 hospital admissions, some of which sadly resulted in death. Since the initial alert was issued a further 30 cases are being investigated and this number is set to rise.

PHE advised in their alert that the fake diazepam, temazepam, etizolam and alprazolam are particularly dangerous and of extremely potent strength. Use of these particular counterfeit drugs could lead to a potentially fatal overdose, especially when combined with another depressant drug such as alcohol or opioids (1)

Mixing ‘fake benzos’ can be fatal

Alcohol and certain other drugs that depress the central nervous system (CNS) mixed with fake benzodiazepines can prove fatal.
Benzodiazepines of any kind, but especially the extra strong fake ones should NEVER be mixed with the following drugs

Mixing fake benzos with the above drugs can depress the respiratory system to a point that the individual stops breathing, resulting in respiratory arrest, coma and death.

The following effects have been reported by those that have taken the fake benzodiazepines:

Effects of fake benzos include:

PHE advised that these counterfeit and lethal benzodiazepines are often packaged in blister packs or pharmacy tubs to make them appear more authentic and legitimate.

Covid-19 and the restrictions and difficulties it has brought has led millions to suffer with mental health problems. Most commonly insomnia, stress and anxiety.

With reduced access to GP surgeries and healthcare providers, this could well explain why more people are turning to illicit medications to self medicate their symptoms.

Buying prescription drugs online, through a smartphone app, or from a street dealer is NEVER a good thing. Controlled drugs are highly addictive and illicit imitations are very unpredictable in their effects and can also lead to drug dependence and addiction.

Release, the drug research and drug policy charity and PHE have said that it is still unclear where the fake benzodiazepines are coming from. This is of course a major source of concern.

Evidence suggests that these counterfeit drugs are mainly being supplied to dealers through the dark web and that users are still relying on face to face transactions on the street, or through phone apps in order to obtain them.

In Ireland there have been several deaths linked to a drug known as Ksalol (Castles). The fake form of these benzodiazepines have become widely available during lockdown at a cost of 2 euros per pill.

Toxicology reports on the pills have found that they are laced with rat poison amongst other deadly substances and are of a much higher potency than their equivalent prescription counterparts.

Ksalol pills, also known as Castles, have particularly appealed to heroin addicts who have had limited access to heroin due to lock down measures.

There have been many reports of users ending up in ICU having taken these deadly pills, which have massively gained in popularity during the lockdown period.

Getting help for addiction to fake prescription drugs

Many that have a dependence to, or who regularly abuse fake benzodiazepines and the like, are worried that they will get into trouble with the law by asking for help. This is simply not the case. Only those that manufacture and possess with intent to supply will be prosecuted.

If you are struggling with an addiction to any kind of fake prescribed drug it is vital to seek professional help without delay.

Drug treatment services, healthcare providers and rehabs are all well equipped to help you. Not seeking help for a prescription drug addiction could easily cause the problem to escalate and result in death.

At Delamere we understand and have witnessed first-hand the devastation and destruction that counterfeit medications can cause.

We understand that shame and fear of getting into trouble can hold some individuals back from seeking the life saving treatment that they so desperately need. We wish to reassure you that our ethos is completely non judgemental and confidential, we merely wish to help.

The majority of our fully qualified and distinguished counsellors have been where you have and have overcome their own battle with addiction. We have the knowledge and expertise to help you break free from addiction and turn your life completely around.

Our purpose built addiction treatment and behavioural wellness facility can provide a bespoke detox for any drug, illicit or otherwise.

Our prescription drug detoxes are individually designed by our doctors and overseen 24/7 by our team of qualified nursing staff and counsellors. We will ensure that you or your loved one receive only the best in addiction treatment available here with us at Delamere.

Call our team today to find out how we can help you to recover from a counterfeit prescription drug problem.

About the author: Mandy Donnison

Mandy manages our admin, HR and finance functions here at Delamere. Find out more about Mandy on our team page.

The effects of long term prescription drug use

How often do people relapse?

How to help an addict who has relapsed

The stages of alcohol or drug relapse (process)

5 rules to help to prevent a relapse

How to recover from a relapse or slip?